Having already spent a full month into 2018, i’m presenting my favorite soundtrack releases of older scores from 2017 in two parts. This is the first part and very soon it will be followed by a second one that will close the presentation of the most distinguished vintage scores releases of the year. 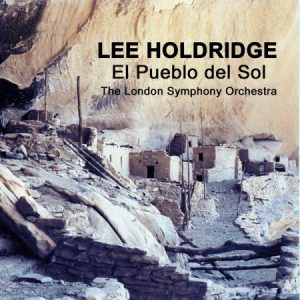 Dragon’s Domain Records released again a long out of print cd that was initially released by the long out of business label Bay Cities in 1991. EL PUEBLO DEL SOL is a documentary feature about Mexico that was masterfully scored by Lee Holdridge in 1983. Nick Redman’s Bay Cities released this on cd while an obscure and very hard to find LP edition also existed then, released by The National Endowment for Social Works of Mexico (FONAPAS). Of course the cd was immensely popular during the 90s and became hard to find after Bay Cities halted its activity. Lee Holdridge’s score is a delightful masterpiece, full of musical color and exotic ideas performed by none other than the London Symphony Orchestra, which performance skyrockets the class and value of Holdridge’s partiture. Dragon’s Domain did a great job re releasing this masterpiece, as they did in 2016 with Mario Millo’s lost in oblivion score for THE LIGHTHORSEMEN. Thousands of bravos for this limited edition (1000 copies) by the label. 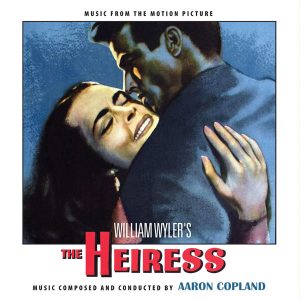 Intrada made it big time in January 2017 by releasing for the first time the original score Aaron Copland composed for the William Wyler 1949 masterpiece THE HEIRESS. This is a very historically significant score for the incidents that surround Copland’s involvement in the film and the final outcome of the music in it that Intrada (actually Jim Lochner) reveals in detail in the informative booklet of the release. The label paired it with another acclaimed Copland cinema work from the same year, his music for THE RED PONY. It was a pitty that this year – 1949 – the academy decided to nominate only three scores for the music Oscar and THE RED PONY didn’t make it into the finalists, but on the other hand the great American composer took the award home that year with THE HEIRESS. Intrada provided an amazing production quality for two very old scores with deteriorated masters due to the many years of neglected exposure and mistreatment, and it was a sheer delight for every film music fan to enjoy two such important works for the first time as they were intended to be listened. 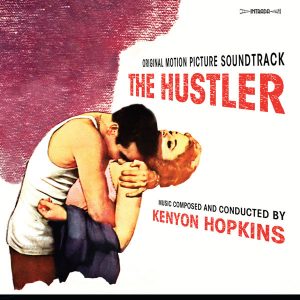 Intrada made it again in February 2017 by releasing for the first time ever the full Kenyon Hopkins score that he composed for the 1961 Robert Rossen classic with Paul Newman in the central role. The movie’s score was formerly released by Kapp Records on LP in a release that was a collector’s dream during the first period of the vinyl domination (until 1990) and retained its high value through the years, even if a Japanese LP by MCA offered the same production values. This LP program was specially designed for a vinyl presentation and the original master tapes never saw the light of day on cd until now that Intrada decided to produce a landmark edition of the legendary jazz score, both the LP program and the unused material and outtakes. Many attempts were made during the last 10 years to release a decent cd with Kenyon Hopkins’ unique west coast jazz score, but none managed to approach Intrada’s labor of love, mostly for the reason that none had access to the original masters and that none had Mike Matessino for the general treatment. I personally consider Intrada’s release one of the year’s best both for the treatment of the masters (LP and original score) and the outstanding informative notes by Julie Kirgo. 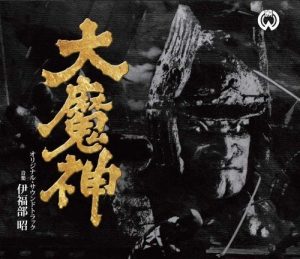 I must admit that I’m thoroughly impressed with the outcome of the Japanese soundtrack label Cinema-Kan, a specially formed enterprise that for the last two years it continually  produces cds with some of the most notorious and legendary unreleased film scores of the 60s and 70s Japanese cinema. DAIMAJIN music box is definitely one of their best productions and I underline this among their other 2017 releases for the reason that it was about time after almost 25 years to have the music of the legendary Kaiju monster statue movies released again, in outstanding production values. The great Akira Ifukube was responsible for the music of the trilogy of DAIMAJIN, that was made in 1966 (all three films DAIMAJIN, DAIMAJIN STRIKES AGAIN and RETURN OF DAIMAJIN). Of all Ifukube works I’ve listened through the years, his work for DAIMAJIN trilogy stands amongst his most solid, fully dramatic and powerful, that retains all the unique orchestration details and colors that identify Ifukube’s compositional style for the Kaiju Monster movies. The only thing that I wished the producers of the cd could have done different is a more thick cue presentation, since the programs that are offered for all three cds are consisted of many mostly less than a minute duration cues. Thankfully the scores are amazing and the overall impression is superb. Tokuma Japan had formerly released a box back in 1991 with the three movies’ scores but it almost instantly became of hugely rare and expensive item. Cinema-Kan box is a bit expensive (as usual with Japanese releases of this caliber) but I believe that it’s worth every penny you’ll spend for it.

ROCKET TO THE MOON 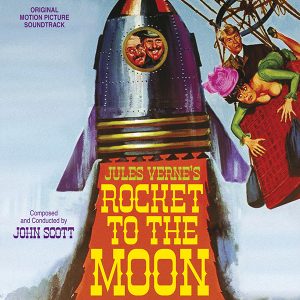 Kritzerland offered some very surprising titles during the year, but the favorite of mine was the first ever release on cd of the John Scott’s score for the 1966 British comedy ROCKET TO THE MOON. John Scott’s film music career is very thoroughly demonstrated on disc over the years but ROCKET TO THE MOON is a title that remained “lost” for over 50 years. Released on LP in 1966 by Polydor in England, as a promotional tool for the box office success of the movie, it eventually became a very hard to find and expensive title as years passed. ROCKET TO THE MOON was one of Scott’s first assignments in film music, and revealed his unique talent in composing for large orchestra avoiding clichés and simplistic genre techniques, that are common in comedy scoring. Bruce Kimmel provides a short but very pleasant to read essay about the composer and the score and overall treatment is worthy of a rare gem like this. 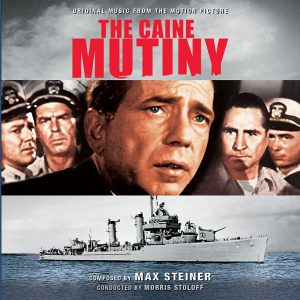 One of the most significant releases of the year is offered by Intrada for the first ever release of the Max Steiner’s score for the CAINE MUTINY. For the many film music fans who know the story behind this soundtrack, this is a landmark release, for those who don’t, the 1954 release of the LP was cancelled creating the – for many – most expensive soundtrack record on vinyl ever. Enter Intrada with this labor of love, the first complete release of the Max Steiner’s academy award nominated score in an amazing – for the age and the importance of the music – treatment. Intrada used original masters that were free of any dialogue or sound effects from the movie (The RCA LP that was released and rapidly withdrawn was hugely focused on dialogue from the courtroom scene) in mono and it seems that every note Steiner composed is included. Steiner composed an old school score for this courtroom drama, with a rousing main theme and patriotic overtones all around but it’s always a pleasure for me to listen to a new entry in the discography of the grandfather of film music, especially when it comes from his latest years when his music developed to a deeply mature level, became more solid and got free from outdated conventions. THE CAINE MUTINY score release is a triumph for Intrada label and Douglas Fake and his team. 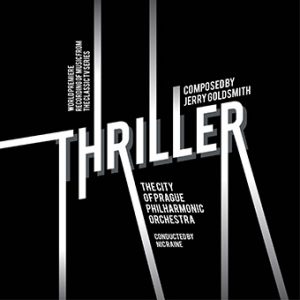 James Fitzpatrick and Leigh Phillips of the Tadlow label prepared in Autumn 2016 with the help of maestro Nick Raine and a bunch of selected players of the Prague Philharmonic Orchestra (from 11 to maximum 20 players), one of the most outstanding recordings not only of the year 2017, but of any work of the one and only Jerry Goldsmith. THRILLER, is a collection of music composed by Jerry Goldsmith for six selected episodes of the popular tv mini series in 1961. In fact, Goldsmith was called in after the termination of his collaboration with CBS tv network to save the day for the series midseason, he composed music for 16 episodes and got an EMMY nomination for his work. The quality of the performance and the recording is over the top, the selection of music is magnificent, and I can responsibly write that this was one the most sublime listening experiences of the year for me.

Jerry Goldsmith created some of the best music in his entire career for these THRILLER episodes, and this Tadlow release is definitely one of the top of the year. 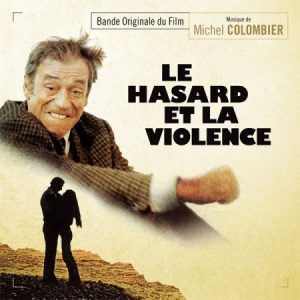 With the release of the complete score for LE HASARD ET LA VIOLENCE, Music Box label from France closes the Philip Lambro-Michel Colombier 70s soundtrack trilogy. This trilogy of excellent movies consisted of L’HERITIER in 1973, L’ALPAGUEUR in 1976 and in between LE HASARD ET LA VIOLENCE in 1974. I adore the music Michel Colombier composed for these three movies, and even if L’ALPAGUEUR is a huge favorite I consider his music for LE HASARD a very unique and sophisticated piece of music, with its sad main theme that underlines the movie’s two main points, the inevitability and the consequences of fate and violence in a human’s life. The score is short but there is hardly a moment of weakness in it, while the Music Box release contains every note Colombier composed for the movie. Part of the score was formerly released by Universal France in a release that also contained music from L’HERITIER and L’ALPAGUEUR, but here we are offered the full score which is really great, a classic European 70s score, rhythmic and orchestral, sentimental and dark, melodic and dissonant, whenever the movie needs it the score is there to support effectively. Definitely Music Box label’s best 2017 release. 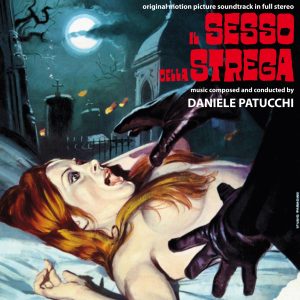 This is definitely the most important release by the Italian label Digitmovies for 2017. Daniele Patucchi’s score for the average giallo IL SESSO DELLA STREGA has been for a long time in the top of the wish lists of many film music fans around the world. Daniele Patucchi was one of the unheralded masters of Italian lounge music and exploitation film music. His body of work had a very distinctive gusto, that was appealing not only to film music fans but also to a large audience eager to listen to new and exciting contemporary music ideas. This strong appeal is obvious as the cd became sold out three months after its initial release something that I don’t remember ever happened with any other of the more than 300 Digitmovies titles since 2004 when they started releasing their soundtrack series. Patucchi’s music for IL SESSO DELLA STREGA focuses in a striking main theme melody with Eda Dell Orso’s vocals in the front line and delivers all the expected emotional drive for the movie with its complex structure, either sensual or dissonant and psychedelic.