This is the first of a series of articles that will continue on permanent basis here on “ITSCOREZ”. These articles will present the most notable market sales of soundtrack CDs and LPs periodically and on Weekly basis. Hopefully there will be an article like this every Monday. The point of these presentations is to follow the market trends and what soundtrack collectors and film music fans are searching, notice the serious collectibles and present the oddities and peculiarities. Main source will be ebay and discogs of course. You are free to comment on everything. We begin with November sales that will be presented in parts. Here is part one. 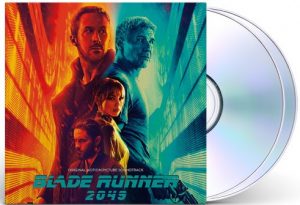 It was more or less expected that the limited edition of BLADE RUNNER 2049 soundtrack that was announced in late September would be commercially successful but I guess that very few people expected this mass hysteria. Hans Zimmer’s and Benjamin Wallfisch’s score was released by Epic in in 2CDs, had two separate limited editions of 2049 numbered copies each and different artwork for each. Both editions were distributed only through a musictoday.com generated mail order online platform, the first late September and after it rapidly sold out the second came early November and also vanished immediately.November market reports showed that sealed copies of 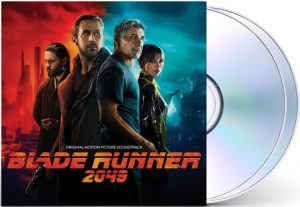 the 1st edition were sold for prices of 150$ (26/11), 125$ (5/11) and 100GBP (29/11), while a sealed copy of the second pressing changed hands for 100$ in November 22nd.I believe that the 4098 copies of the two editions will continue to be sought after for some time, but they will gradually diminish in price. We will track it down and I guess in our future market reports will have more to say about this collector’s item. 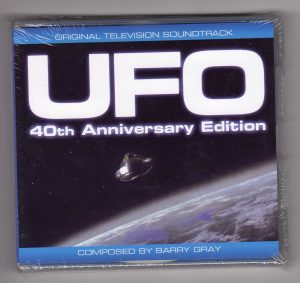 Fanderson Club releases for years now exclusively for its members (by annual subscription) the exciting music for the Gerry Anderson series from the 50s to the 90s. A couple of these editions have become out of print now since the license that have been granted by Granada Ventures who hold the rights, eventually doesn’t give unlimited exploitation period. These editions were sold exclusively to the Club members and since you had to invest around 50$ to become a member outside the United Kingdom and also pay for the release itself, the task of buying a Fanderson Club release was affordable by “strong” pockets.

UFO 40th ANNIVERSARY EDITION is a release that now has acclaimed high collectible value, due to the fact that not only is out of print but it expanded – when it was released in 2009 – the contents of a previous 2003 double disc set, sold by the Fanderson Club. The 40th anniversary double disc release by Fanderson was sold during November twice for prices that are rarely seen for a CD soundtrack album, 202 British Pounds in November 5th, and 385 British Pounds in November 20th, in an auction that attracted 69 bids on ebay! Unless Silva Screen – which in the past released “THUNDERBIRDS” and “SPACE: 1999 Year One” – gets access to the license rights for a cd reissue, this gem’s prices will remain in three digit numbers. 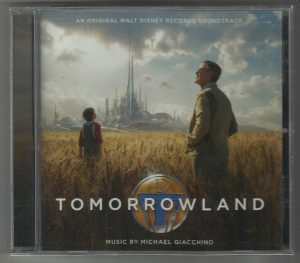 Michael Giacchino’s exciting score for Brad Bird’s movie “TOMORROWLAND” that flopped in the box office contrary to the forecasts was released in June 2015 by Walt Disney in a very limited distribution from Intrada and Amazon. The cd became out of print very quickly and by January 2016, it was vanished from the markets and its price escalated rapidly. Whenever found, the cd reaches three digit prices as in a November 28th offer of a sealed copy that went for 180$. I must admit that Giacchino’s score is brilliant and propulsive and the score has a large audience that didn’t happen to expect such a limited period of offer for a title like this. It was perhaps the movie’s commercial failure that led to the decision of postponing the soundtrack’s scheduled wider distribution, but I hope for a reissue even in a limited edition pressing…otherwise we’ll definitely notice the price limits to rise even higher. 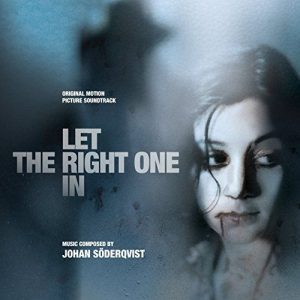 LET THE RIGHT ONE IN

Moviescoremedia  released in November 2008 the full score from the excellent movie LAT DEN RATTE KOMMA IN (LET THE RIGHT ONE IN). Director Thomas Alfredson found his way to Hollywood after this as did the very talented composer Johan Soderqvist who composed a very adequate orchestral score with equal measures of romance, poignancy and uneasiness, highlighting mostly the confusion, the sensitivity and the primitive instincts of little Eli, the vampire. The score became a big success that year among film music fans and it is really strange that  MSM released a very limited 500 copies edition that very quickly sold out. The disc usually goes for a price around 40$ but a November 3 sale closed at 73,5$ for an unsealed copy. 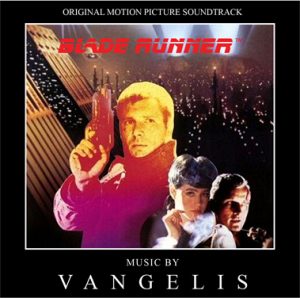 BLADE RUNNER/Vangelis – Off World Label 1993 limited edition of 2000 numbered copies. This is the infamous first ever release on cd of the original Vangelis score. One of the hottest cd soundtrack of the 90s secondary market. This release was unofficial since Vangelis never gave permission for the master tapes to get a CD or LP release. The only official release is the Polydor one in 1992 that contained a new performance – though very identical to the original – of the full score. An unsealed copy No 1960/2000 was sold for 89$ (November 7th) 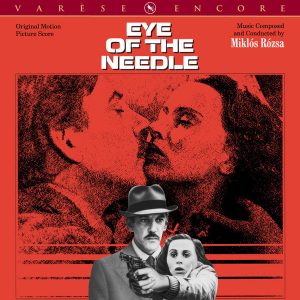 EYE OF THE NEEDLE/Miklos Rozsa – Varese Sarabande CD Club Encore cd. Limited Edition of 1000. Very quickly sold out title obviously the very limited pressing didn’t catch the high demand. Varese Sarabande CD Club had released “EYE OF THE NEEDLE” together with Miklos Rozsa’s “LAST EMBRACE” in their first CD Club series in 1000 numbered copies in 1991. This cd became one of the top collectibles of the soundtrack market, until Varese gave an Encore release for “EYE OF THE NEEDLE” in May 2012, with the exact same content as in their first CD (actually the LP program). A Sealed copy was sold by a Japanese dealer for 110$. (December 1st)

THE STUNT MAN-AN UNMARRIED WOMAN/Dominic Frontiere-Bill Conti – Intrada Label limited edition of 3000 copies. First time on cd by Intrada, which offered two late 70s early 80s LPs in one CD in 2008. It is surprising how popular this edition became as years passed. This cd is very difficult to surface in the market and very unlikely to be reissued. A Sealed copy was sold by a Japanese dealer for 90$. (November 1st) 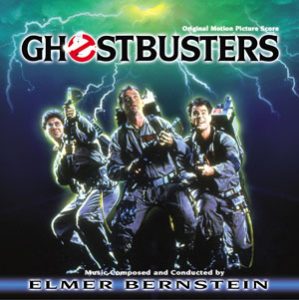 GHOSTBUSTERS/Elmer Bernstein – Varese Sarabande CD Club limited edition of 3000. An unsealed copy was sold in U.K for 75GBP (November 24th), and one more unsealed was sold for 80$ in a one bid auction in the USA. This score needs a reissue since a new audience that wants to discover Elmer Bernstein’s superb score has to pay a significant amount of money to acquire a copy. I cast it a strong contender for an LP reissue too, due to the cult following of the movie and its original 80s style.

ISLAND AT THE TOP OF THE WORLD/Maurice Jarre – Intrada label cd that quickly sold out. First ever release of the excellent Maurice Jarre score (the original soundtrack LP that was released in 1974 contained dialogue and narration and parts of the score performed in Organ!). Disney titles have cd issues that are usually very limited and tend to become highly collectible after they become sold out. I remind another popular title from the Disney catalogue that Intrada released and now is extremely hard to find and highly sought after, “WHITE FANG”. Regarding the Jarre title, a Japanese dealer sold an unsealed copy of this very rare cd for 95$ (November 10th). 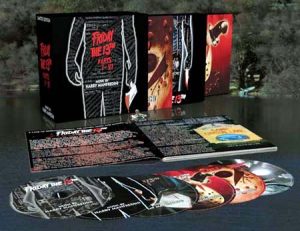 FRIDAY THE 13TH LIMITED EDITION 6CD BOX/Harry Manfrendini – La-la Land’s superb box with the music from all “FRIDAY THE 13th”  movies was quickly sold out its 1300 copies. Very sought after but frequently surfacing for sale on various marketplaces around the world. I guess that time is near when we will see a reissue of all titles included in this box. Insanely popular series that have equally successful sales on their LP issues too. An unsealed copy was sold for 225$ in November 29th.